A Missing Book; A Trail of Breadcrumbs

Recently, I ran across some intriguing newspaper advertisements for a book I've never heard of. Here's a sample:


The advertisements are not limited to newspapers. Google books turned up some as well: 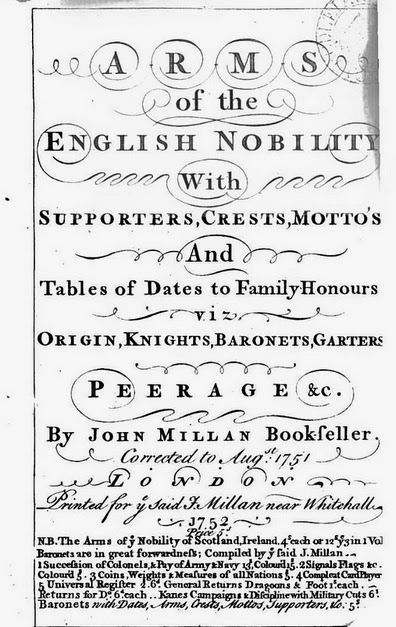 And look at the oddball title page pictured at right (1752). Click to enlarge the image and note that the advertisement for the Compleat Card Player four lines up from the bottom. I don't recall ever seeing an advertisement on a title page.

ECCO discloses other advertisements in books, one of which provides some new new information:
I really don't have much to add to what the advertisements say. There are enough advertisements with enough specifics for me to believe the book or books were actually published. The title is unclear as is the physical book ("size of a card", "12 plates", "engraved"). It is unclear whether Millan is merely the publisher or also the author--he wrote a number of other books which he published.

This appears to be the first anthology of gaming literature to compete with Hoyle. It would be fascinating to read the text and learn how much was original and how much was copied from Hoyle or perhaps from continental anthologies. The Compleat Card Player appears to have stayed in print for nearly twenty years, with a new edition contemplated in 1767.

I would love to find a copy, but none is noted in library catalogues, bookseller's catalogues or auction records.We are left with but breadcrumbs...
Posted by David Levy at 8:50 AM